Does our perception change according to emotions? 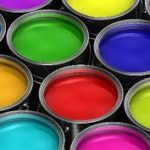 According to “Psychological Science” Journal of Psychology Science Association, our emotional state could influence what we see. Researchers have found that the participants that saw a neuter face would interpret it as being more smiling than it really was when it was associated with a positive image that they weren’t aware of.
The researcher Erika Siegel affirms that people don’t detect the information in a passive way, then have a reaction, but they build a perception of the world, being their own architects of life. Therefore we, as people, don’t experiment just through external senses, but we do it in a different way because that experience is agreeable or disagreeable.
In a few recent studies, Siegel and her colleagues observed that if they influence the emotional states of the participants at an unconscious level, their perceptions of the neuter faces transformed by making them more likable and trustable.
They used a technique called “continuous flash suppression” that helped them show to the participants some unknown stimulus. In one of their experiment, 43 of participants received a cycle of stimulus through images, that presented a pixelated image and one with a neuter face alternatively, only at the dominant eye. Meanwhile, a low-contrast image with a smiling face, frowned or neuter were showed to the non-dominant eye. These images would pe suppressed by the stimulus from the dominant eye and the participants wouldn’t know they experimented this thing.
At the end, the participants chose a picture from a five-pictures set and associate it with a face that they thought suits best with the face that they memorized while being tested.
The face that was presented to the dominant eye was always neuter. But they were tended to select the smiling faces and say they suited best if the image that was presented to their unconscious mind showed a smiling person, in place of the neuter or frowned one.
In another experiments, the researchers added a scale for measuring the consciousness, telling the participants to guess the orientation of the suppressed face. The ones that guessed by chance were eliminated. And, again, the results showed that the positive and unseen faces changed the perception of the participants upon the neuter and seen face.
Although the studies show that negative stimulus have a stronger influence upon decision taking, the impressive effect that smiling and positive faces have upon people in this study is intriguing and deserves to be explored more in the future.
These studied can be applied in real life, in the social interaction area, even in situations that have severe consequences. The results are the clear proof that what we see is not a direct reflection of the world, but a mental representation that is combined and formed by our emotional experiences.