Intelligence is an inherited feature from your mother or from your father? 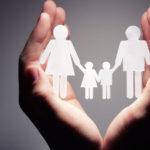 A recent genetic study shows that intelligence comes from the feminine chromosome X. This chromosome has over 1000 genes, a lot of them influencing our perceptions.
Until now, the researchers thought that intelligence comes from both parents, which makes this study to be more controversial.
Let’s see how chromosomes X and Y function:
A chromosome is a formation with three parts that contain proteins and nucleic acids. They transfer and store genetic information and both contain one pair of chromosomes in every cell. Men have a chromosome X and one Y and women have two chromosomes X.
So, the genetic structure of every human contains genes that can be activated or deactivated. This depends on the specific selection and the genetic properties. Also, the deactivated genes don’t affect the genetic development, while the activated ones do. It means that the paternal genes can be deactivated in case one characteristic is affected by the maternal gene. It happens the same the other way.
There are big chances for women to have a stronger effect over the cognitive skills because they have two chromosomes X, confronted with men who have only one chromosome X.
Researchers think that the intelligence is a woman specific gene. They used genetic modified mice for testing this theory. They discovered that the subject that were treated with maternal chromosomes developed a bigger brain, but a smaller body. On the other side, the paternal chromosomes treated subject developed a smaller brain and a bigger body.
Also, they discovered six new brain areas that contain exclusively maternal genes or paternal genes.
In other study, a group of researchers from the Scottish Government followed 12.687 persons with a range of age from 14 to 22 years. They took them an interview and observed the way their intelligence developed, considering their educational and ethnic background. They discovered that the mother’s IQ is the strongest indicator for their intelligence.
Therefore, the mother has such a strong impact over the child’s cognitive development. But this thing doesn’t end at the genetic material, but it continues with the relationship between them.