Insomnia. Is it a symptom or a disease? 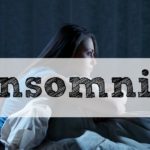 Insomnia is one of the most common sleep disorders and it is also one of the most frequent symptoms reported by patients that have psychiatric and/or medical conditions. Appraisals show that 33% of the population suffers of insomnia. This fact leads to questions like the following one: is insomnia a disease’s symptom like severe depression or is it a disease that can become a cause of another disease?
Until now, insomnia has been seen as being an amount of subtypes, all of them being characterized by the difficulty to fall asleep and maintain the sleeping, leading to fatigue on the daytime. One of the insomnia subtypes are: paradoxical insomnia, stress determined insomnia, idiopathic insomnia, form of insomnia that are due to mental disorders etc.
Researchers decided that considering insomnia as being an independent aria with bidirectional causality is the most correct concept. It can be the cause of a disease, but also a result of it. Insomnia should be evaluated and treated, even when there are other activated diseases. For example, in place of treating only the depression and hoping the insomnia will disappear, the specific attention should be focused on insomnia. This means selecting of antidepressants with a soporific effect, combined with cognitive-behavioral strategies that will help the patient to manage the sleeping problem.
A study from 2018, Singapore, has focused on the relationship between insomnia and psychiatric disorders. Researchers selected a sample of 400 patients with an age range from 21 to 65 years. 100 of them had severe depression, 80 of them had bipolar disorder, 100 had anxiety disorders and 120 had schizophrenia or schizoaffective disorder. 31.8% of them covered all the symptoms correlated with insomnia according to DSM-5. From a total of 400, 200 affirmed they got medication for insomnia, but only 24 of them affirmed they received psychotherapy education for their insomnia. From 182 patients that received insomnia medication, 135 reported they had a fear of dependency, daytime fatigue and low efficacy.
What is the most interesting thing is that although there were significant differences between the ones that covered all the insomnia symptoms and the ones that only had a few symptoms, the insomniac ones presented negative effects, like extreme fatigue, low efficacy, low energy, but the other ones had a better mood and the psychiatric treatment and their psychotherapy process were not very different.
Although this study had some strong limits, like the fact that they focused on only one type of treatment and they considered a small number of psychiatric disorders, the results show some questions marks on the diagnosis of insomnia.
In conclusion, insomnia is not only a symptom, it can also be a disease, a cause and an effect and it has to be treated by taking measures of psychiatric level combined with a good quality psychotherapy.
Author: Violeta Gudana
Source: www.psychologytoday.com