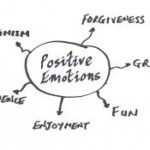 Psychology is focusing on the important role that positive emotions have over health, but recent studies show that this link between them depends on the culture we grow up in. The results of the studies published in “Psychological Science”, a journal of Association for Psychological Science, show that experiencing positive emotional is strongly linked to a better cardiovascular health in USA, but not in Japan.
Researcher Jiah Yoo, from Wisconsin-Madison University confirms that American adults who experiment high levels of positive emotions, like extreme happiness and joy, are more likely to have better blood-lipid profiles, even after accounting other factors like age, gender, socioeconomic status and chronical conditions, but this fact is not true for Japanese adults.
The fact that positive emotions are seen and valorized differently depending on the cultural area has determined Yoo and his colleagues to ask themselves if the positive effects they had seen in tandem with positive emotions could be specific to Western populations.
In the American culture, experiencing positive emotions is seen as a purpose in life that is also socially encouraged. But, the Asian population sees positive emotions as having a dark side that can attract the unnecessary attention of the others, even provoking distraction from the most important things in life.
Researchers created a comparative cross-cultural design, examining data from two large representative studies on adults: middle-age in USA and middle-age in Japan, both being realized by the National Institute on Aging. Data included participants’ ratings of how frequently they felt 10 different positive emotions in the previous 30 days and measures of blood lipids, which provided objective data on participants’ heart health.
Yoo explains that “because of the global prevalence of coronary artery disease, blood lipids are considered important indices of biological health in many Western and East Asian countries.”
As they expected, researcher discovered that experiencing positive emotions is associated with a healthier blood-lipids profile for the American participants, but for the Japanese one there are no significant differences.
By demonstrating this cultural variation in emotional and physical health, this study has a strong relevance in promoting well-being in communities, but also in the professional area.
So, experiencing positive emotions comes with a lot of concepts and values that take birth and grow once with the culture we live. We can enjoy our well-being depending on how much we give ourselves the freedom to do so, by letting go the cultural preconceptions that could bring many negative moods, in a unconscious and paradoxical way.

Insomnia. Is it a symptom or a disease?